Shi Yingzhe, a researcher, said in an interview with Securities Daily that energy storage and application scenarios have been one of the factors restricting the development of the photovoltaic industry. In terms of energy storage, it is recommended to focus on the R&D and application of related companies in the fields of high efficiency, high safety and large capacity energy storage, hydrogen energy and fuel cells, high efficiency photovoltaic power generation materials, new insulation materials, superconducting materials, wide band gap power electronic devices and other technical fields. In the downstream application, in addition to the power consumption market, the key areas of photovoltaic power generation application also include construction and transportation. 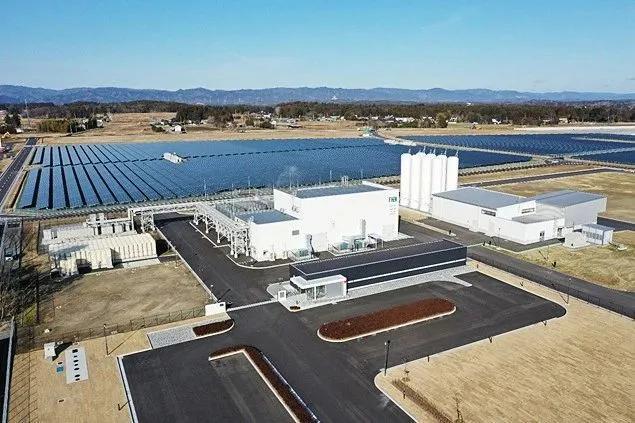 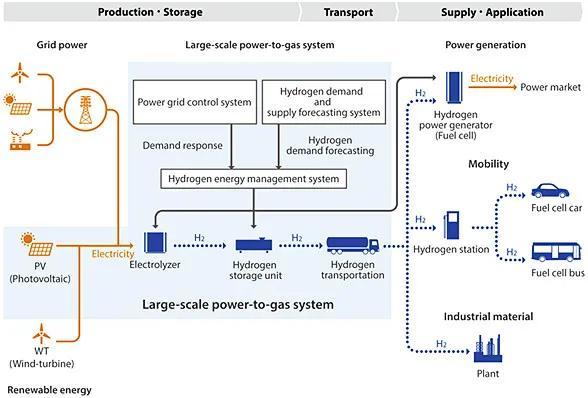 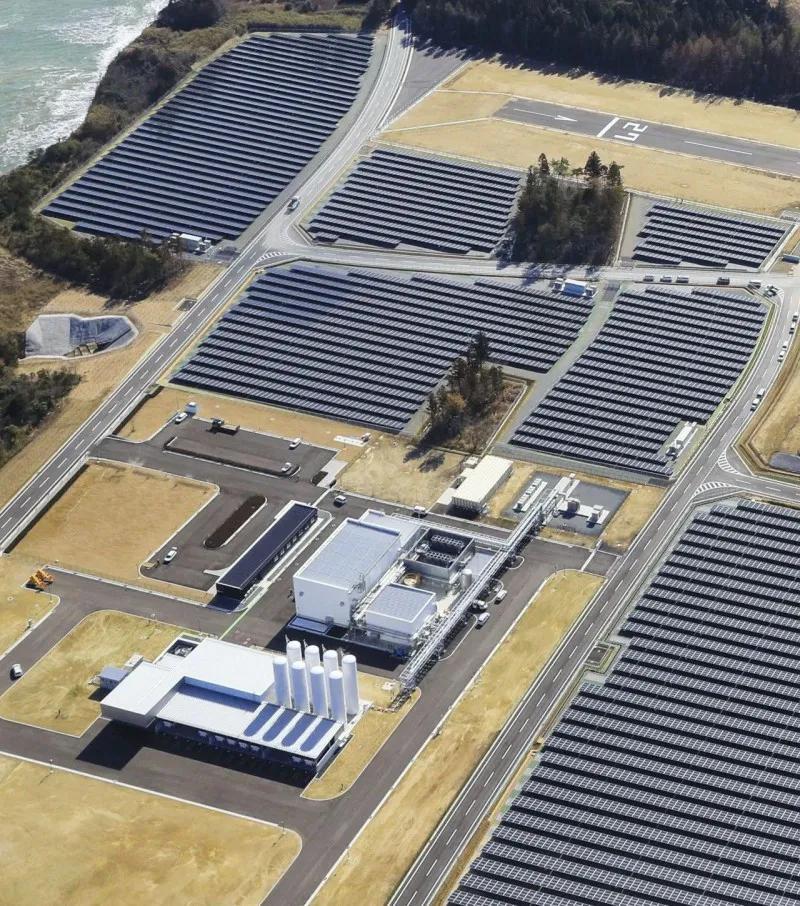 On the one hand, the FH2R project is based on the downstream market supply and demand forecasting system for production and storage, and on the other hand, hydrogen production units can be adjusted to meet the regulation requirements of the grid control system. The most important challenge in the current testing phase is to use the hydrogen management system to achieve the best combination of hydrogen production and storage and the dynamic balance of supply and demand in the grid, without the need for batteries. To address this challenge, the tests will begin to determine the best operational control technology that combines grid demand response with hydrogen supply and demand response using equipment units that each have different operating cycles.

The FH2R project is located 70 km from Fukushima Prefecture, 100 km from Sendai City and 250 km from Tokyo City. Hydrogen will be delivered mainly to customers in the above areas via long tube trailers. 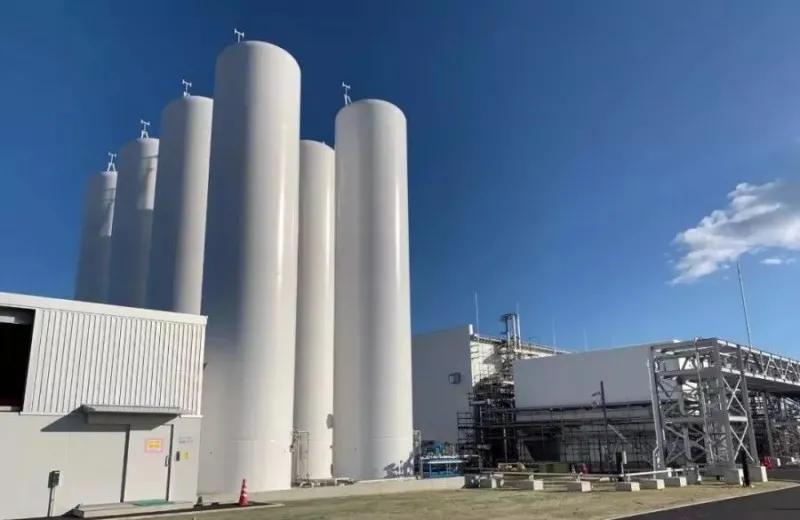 In the FH2R project, Toshiba will lead the construction of the entire project and develop the hydrogen energy management system. Northeast Electric will focus on energy management system (EMS) monitoring, data acquisition (SCADA) systems and grid-related matters; Iwatani will research hydrogen demand and supply forecasting systems, as well as hydrogen transportation and storage. The alkaline water electrolysis system is derived from the advanced chlor-alkali electrolysis technology of Asahi Kasei Company.

The prefecture is home to the Fukushima Daiichi and Daiichi nuclear power plants, both of which have been shut down since the 2011 earthquake and tsunami that caused radiation leaks. The No. 2 nuclear power plant stopped generating electricity. Therefore, the name of "power county" has been in name only.

According to the Fukushima New Energy Society Plan, drawn up in September 2016, Fukushima will promote the widespread use of hydrogen energy. The construction of the hydrogen production plant is not only an important part of the post-Fukushima reconstruction, but also a major measure to restore the status of the "power county". This hydrogen production plant in Fukushima will become a symbol of replacing nuclear power with environmentally friendly and safe hydrogen energy, building a future-oriented energy production and supply system, and moving Japan away from the "nuclear power society" to the "hydrogen energy society". 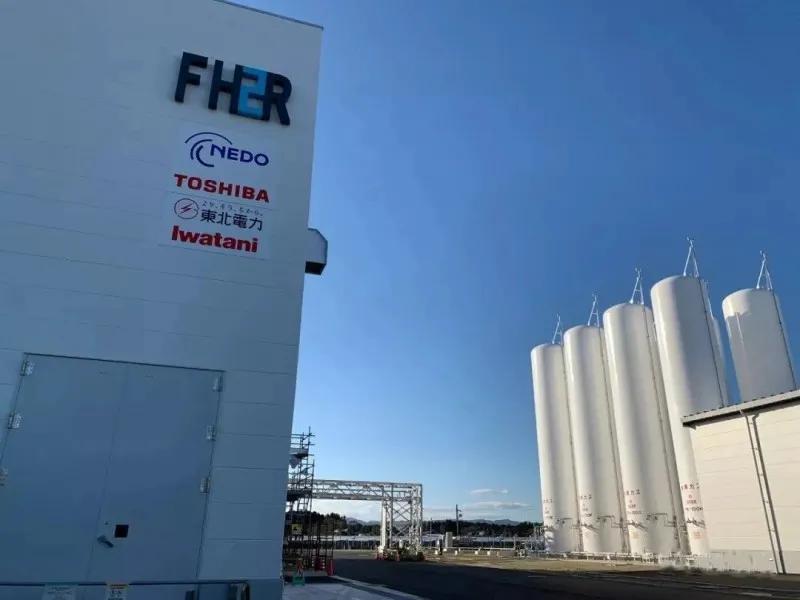 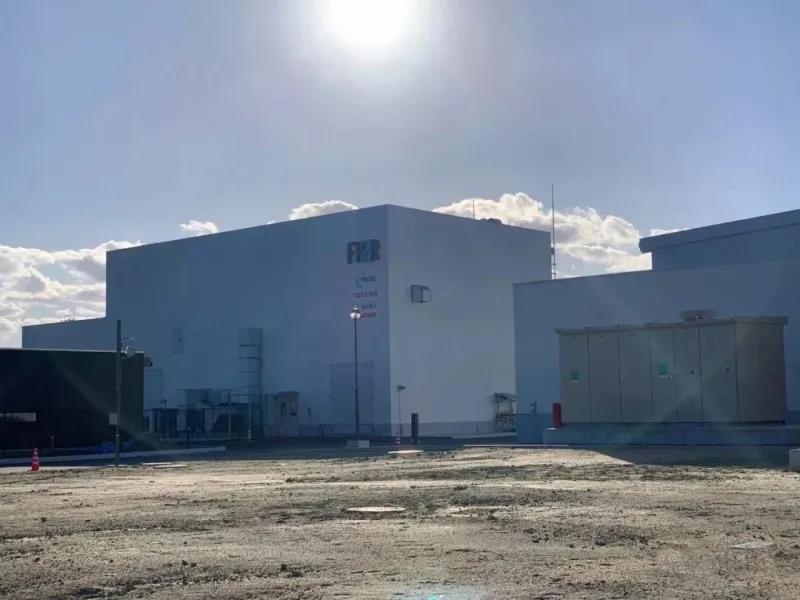 Hydrogen car is the development of special vehicle, the tanks back to install tires, that is to say, hydrogen gas from the reservoir into the compressor after compression, direct infusion into transport tanks, and the truck body directly after tanks are attached, you can, without the need for the pump, the maximum guarantee the safety of hydrogen pump and transport. 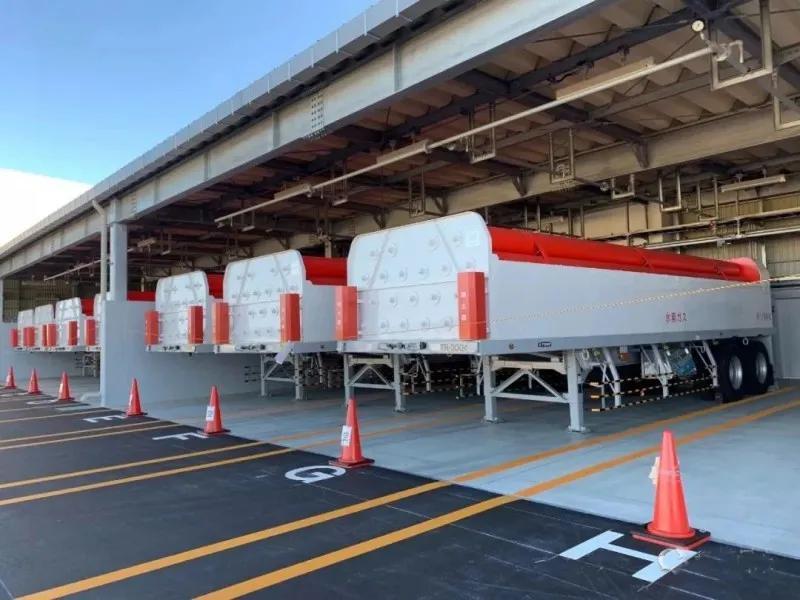 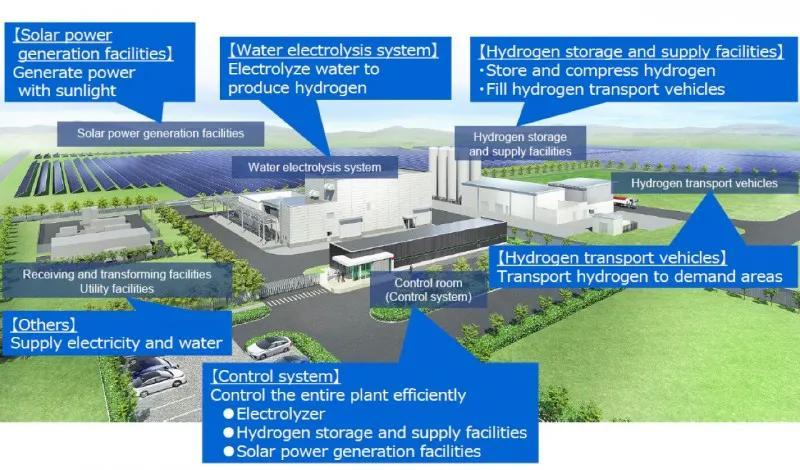 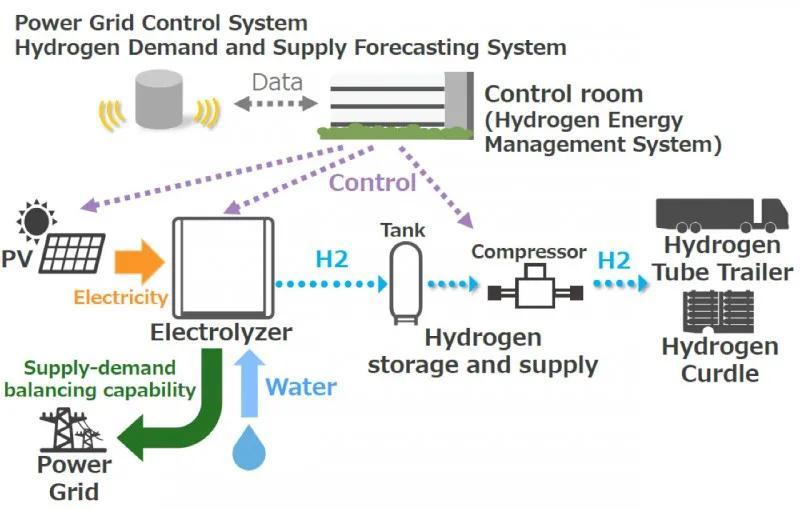 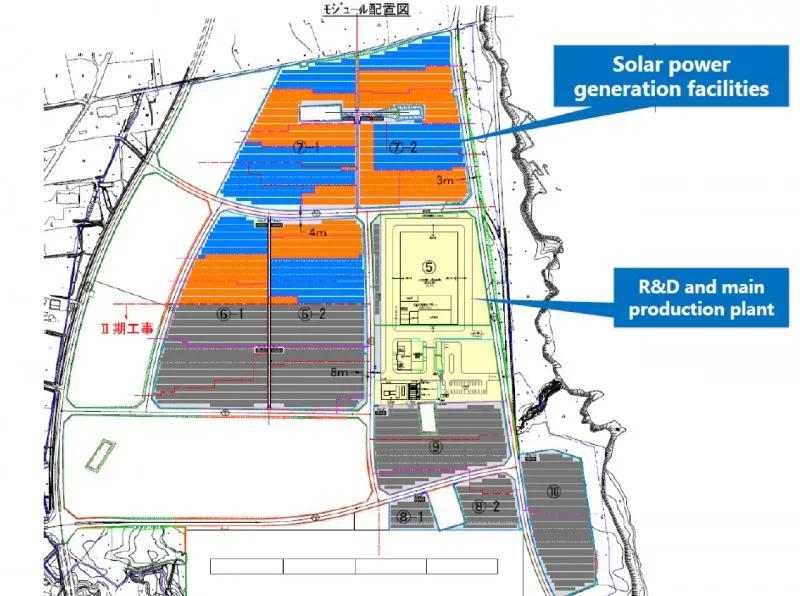 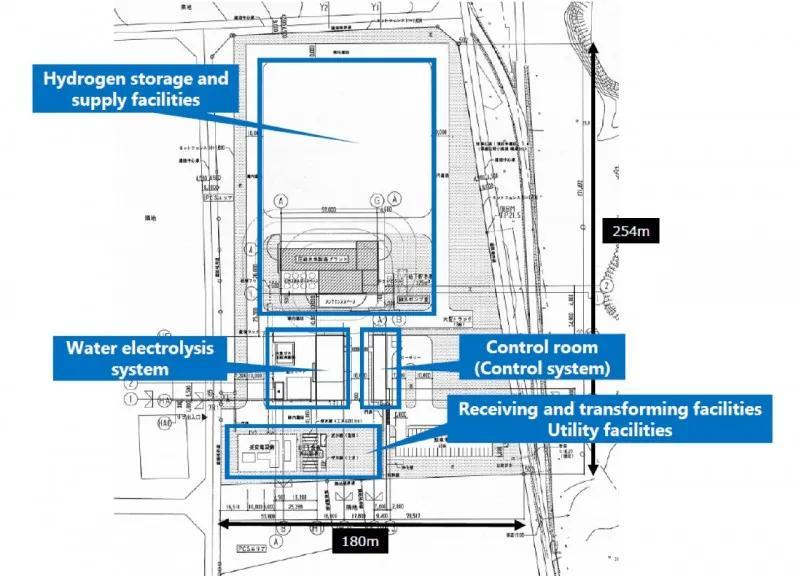 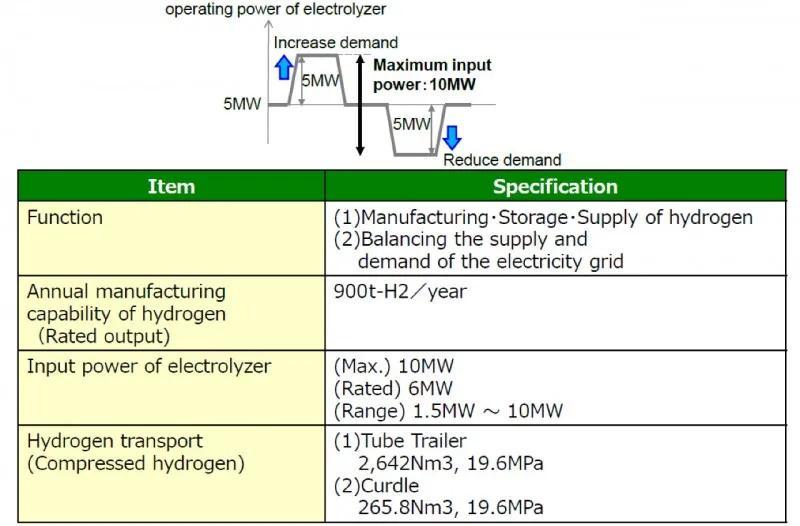 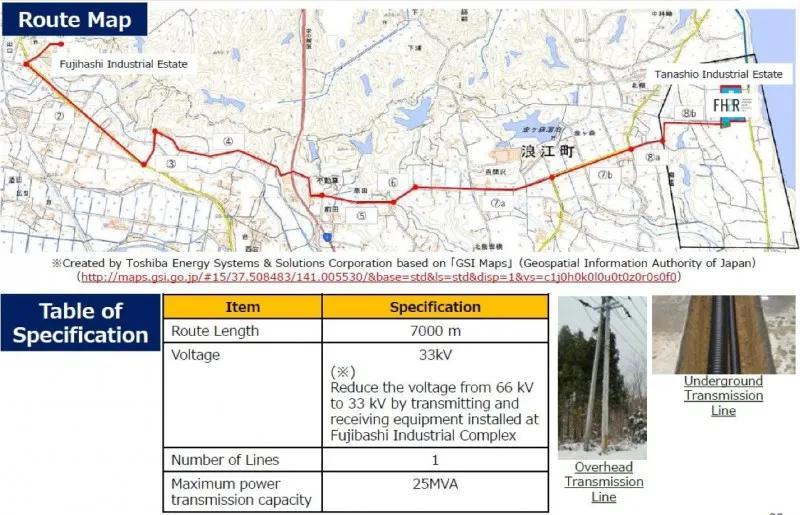 How hot is hydrogen energy 3 trillion investment on the road!

How hot is hydrogen energy 3 trillion investment on the road!

Wholesale PEM fuel cell stack What to look out for

Although fuel cell vehicles are developing rapidly, from the perspective of commercialization requirements, there is still a certain gap in China's vehicle fuel cell technology. In the future, it is necessary to strengthen the layout of the following aspects of the Wholesale PEM fuel cell stack:

What is the structure of china fuel cell stack

What you need to know about customized hydrogen electrolyzer in china